Tales of Terrara takes place in a fantastic world inhabited by races like elves and orcs, ferocious monsters and ever-watching gods. A commoner with humble beginings, through a pact with a mysterious entity, acquires power they don’t quite understand and slowly become capable of unimaginable things. Will they keep their pure heart or succumb to the power and corruption? Will they use it to make the world a better place or for their own twisted desires? Why not both?​

v0.1.4
New scenes with Ninia
New location: Abandoned Facility right outside of Cedioria
A slime monster with a new scene in said new location
New rooms inside the facility that can be explored and looted
New spell: Evil Eye (curse that increases damage, combat spell, no scene)
Locked gallery scenes now give a small tip about them
New feature in the relationship screen that allows you to rotate the character to see the backside (for research purposes). Only Sophia has it for now as a test, I will probably add it for all other characters in the next update.
Sleeping recovers health gradually instead of only after 8 hours
Added more sfx variants for scenes
Other small bug fixes and improvements.

v0.1.3
New character: Calra, the black merchant and her pet giant rat. (She’s kinda crazy)
New character: Isaalyn (Don’t ask me who she is)
A few big events moving the story forward, including the introduction of the two characters.
Other dialogue with a few characters about themselves or quests you might have
You can go on a date with Hana at the Purity Inn. Different things can happen during the event depending on how high her stats are. (Since this is the only date right now, you can just go three days in a row to see everything)
You can now buy stuff with Calra (She sells potions)
Quickstart now starts in the town with Mol as follower, Kria dead and Macy left alive
You can now steal from sleeping people
Added individual loot to most enemies inside the cave (to give a little reward for defeating them or to steal if you put them to sleep)
Fixed Macy still talking to you even if you put her to sleep
Fixed bug where you still had to fight Uink after making the deal with the goblins
Recovered the Mc’s house from gnome thieves who stole it
Other small bug fixes and improvements.

v0.1.2
Maevrielle, the dwarf innkeeper
2 prostitutes
New sex scene with them
New location: Purity Inn
New stats: attraction and lust. Together with relationship, those will be the three stats used as requirements for events and scenes.
New relationship screen, where you can see info about relevant characters, including their measurements and the current value of each stat. (I’ll add more story-related info to this screen later)
2 New quests: from Ninia and Maev
A bunch of dialogue with Ninia, Maev and the prostitutes, including the introduction to the new quests and progress on the other ones.
Option to tell your followers to stop following (They will wait at your home)
Other small bug fixes and improvements.

v0.1.1
2 new characters back at home in Cedioria
New small scene with new character
New “dream” scene
New sounds for Mol during scenes (was using the female mc’s sounds)
New area with map for the town of Cedioria
New mc’s house location inside the town
Passing time while resting now shows as a bar filling up instead of the text each 30 min
Clock added now for real (after leaving cave, forgot to add last release)
If you lose in the cave and Kria is dead you no longer get a scene (gameover instead)
People get mad if you attack them
Enemies can’t dodge while sleeping anymore
Other small bug fixes and improvements.

v0.08
v0.08
Male mc added (Ayden by default)
Ayden can have fun times with Hana and Mol
Added alternate male mc version of pretty much everything
When trying to escape, the third time you fail there is no mercy
If Sophia seduces the goblins, they can help her escape
New menu screen provided by random dude that doesn’t want to be mentioned
Other small bug fixes and improvements.

v0.0.7
New defeat scene with goblins (It only happens if you try to escape before the goblins leave to hunt).
Two scenes and a bunch of dialogue with Macy. Different results are possible.
Added all dialogue from the “topic system” back into the regular dialogue trees.
A new logo for the game in the home screen. (Thanks to an anonimous patron, you know who you are).
New combat music.
Other small bug fixes and improvements.

v0.0.6
New spell: Dazzling Dreams with new training scene
New small scene when you use this spell on Macy
Extended the solo scene with Macy and added an animation
A couple of non-porn scenes talking with Wif and Macy
Added a Quickstart option to begin where the last release ended.
Added health bars to combat
Disabled the whole topic system for now (it’s getting people confused and it’s not very useful atm. I’ll rework it later.)
Reworked the first events to make it clearer you shouldn’t try to escape right away
Other small bug fixes and improvements

v0.0.4a
Fixed a bug preventing the defeat scene from showing up

v0.0.3
A bangable “ugly” goblin
Sophia learns how to make a magical dick
Some scenes moving the story a little more
Introduction to the “Training Room”
Basic magic system with the first spell
Other small bug fixes and improvements

Tales of Terrara takes place in a fantastic world inhabited by races like elves and orcs, ferocious monsters and ever-watching gods. A commoner with humble beginings, through a pact with a mysterious entity, acquires power they don’t quite understand and slowly become capable of unimaginable things. Will they keep their pure heart or succumb to the power and corruption? Will they use it to make the world a better place or for their own twisted desires? Why not both?​ 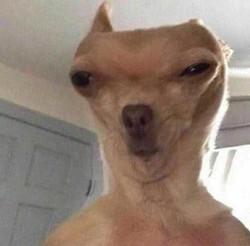